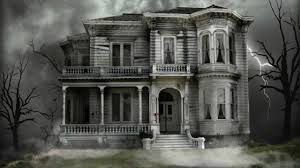 With Hallowe’en fast approaching, I thought I’d look into spooky stories centered around Grey and Bruce counties.  I didn’t really think I’d find much, given our somewhat remote location (from the GTA, at least) and smaller population base but I was surprised to see a handful of local “haunted” locations pop up on more than one website!  In the spirit of the season and for those who haven’t already heard these stories (we know how word travels in small towns, so maybe I’m the only one who hadn’t heard these accounts before!), here are 5 reasonably local haunted places.  If anyone has anything to add to these stories or is brave enough to visit, let me know about it! 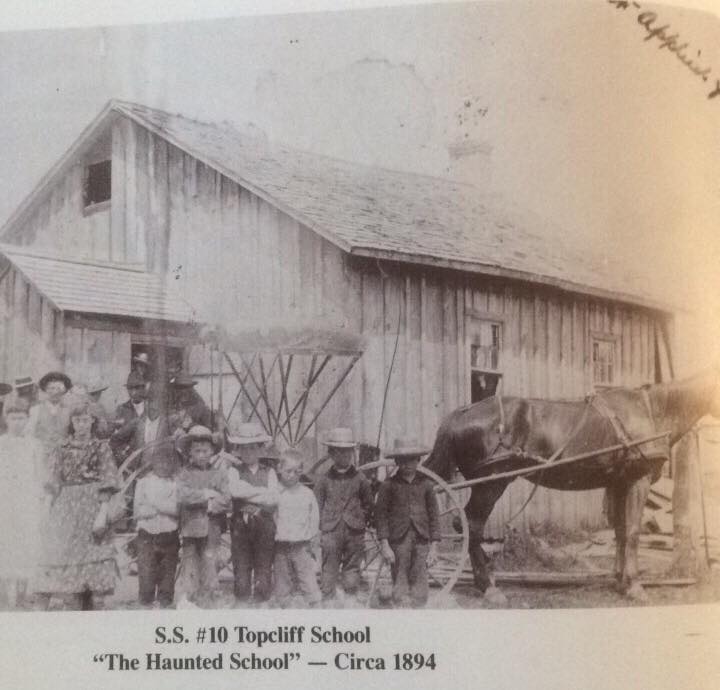 Update: I was made aware of this story by a friend and neighbour, Katie Harrison.  It is the most local to those of us in the Grey Highlands area and has been recorded by Grey Roots Museum as it appeared in the June 7th edition of the Flesherton Advance in 1894!

Topcliff School, Glenelg – “In May 1894, a mysterious, persistent sound was heard in the schoolhouse by the teacher, Miss Annie McKechnie and her students; and in subsequent days, in the course of investigating the noise, parents and school officials also heard it. Despite the thorough searches of many (including two dogs!), the sound could not be explained. The Flesherton Advance ran the story on the front page of its June 7, 1894 edition under the headline, “A HAUNTED SCHOOLHOUSE! Some Ghostly Manifestations in S.S. No. 10, Glenelg, create interest and excite the populace – an unfathomable mystery”. Their report also provides us with an idea of the high level of interest in the story at the time, as when the newspaper went to the schoolhouse, they “found fully two hundred people present, drawn hither from many miles around through curiosity.”  This photo was taken from the book “Priceville and It’s Roots (Routes)”, written collaboratively by the Priceville and Area Historical Society and available for purchase in Municipal offices.

Rocklynn Inn, Beaver Valley – Historic Rocklynn Inn was built in 1881 to be the Lorne Hotel.  It is one of only a few century inns in the province and the story is that at least one original employee still resides at the inn.  Apparently there’s a ghostly maid who can still be seen going about her housekeeping duties from time to time.  By all accounts she seems relatively harmless, and cleans up after patrons.  Does that count as value added service?

Beild House Country Inn, Collingwood – Beild House Country Inn was built in 1912 for Dr. Joseph Arthur and served as both his family’s home and the Doctor’s office. Now an inn, the area that used to house the medical office is said to be haunted by a raspy voice that asks folks “What are you doing here?”.   Voices can also be heard chatting, as if patients are still waiting for their appointments.  An apparition of a man in a white tie and tails, top hat and cloak has been seen from time to time, and unexplained foot traffic has been heard on the stairs going down to the basement.  There are even accounts of laundry being tossed around the room by an unseen force. 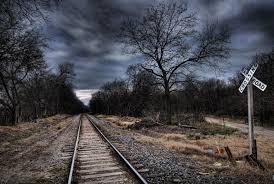 Capital Twin Cinema, Listowel – Also known as the Capital Theatre, this cinema bills itself as Canada’s oldest movie theatre.  Seems only fitting then, that there’s a ghost story attached to it!  It seems that the ghost of a young girl named Jessie Keith haunts the theatre.  Apparently she was attacked and murdered in 1894 by a homeless man as she walked along nearby railroad tracks.  The site where the theatre stands was occupied from the 1800s through 1920 by the funeral home where Keith’s remains were sent.  Jessie Keith is also said to haunt her grave in the town cemetery.  Her gravestone, in the shape of an angel is said to have eyes that glow red at night.

Huron Historic Gaol, Goderich – The old jail in Goderich is now open to the public and guided tours are regularly hosted.  During some of these tours, there have bee sightings of ghosts in some of the jail cells, presumably the spirits of prisoners who spent time in the facility.  Many visitors have mentioned being unable to shake feeling cold and as though they were being watched while inside the jail.  The jail was the site of Canada’s last hanging which took place in one of the courtyards and a prisoner’s graveyard is said to have been located outside the walls on the right side of the building.  Spooky, indeed!  It seems that after the jail was closed, the building was used to house some version of the Children’s Aid Society.  That area of the building is said to experience unexplained laughter and the sounds of children running and playing.

Mount Alverno Retreat Centre, Orangeville – Mount Alverno Retreat is now closed but was originally founded in 1961 by Belgian Cappuchin monks and was operated as a school, and then as a religious retreat.  It seems that while in operation, visitors to the centre often reported hearing doors slamming in an area where classrooms were empty, late at night when no one was around. There were accounts of moaning in the hallways often happening at 3 o’clock in the morning and loud stomping up the stairs and in the hallways during the afternoon.  One visitor reported seeing the reflection of an old man in a mirror at the end of the hall on the second floor. 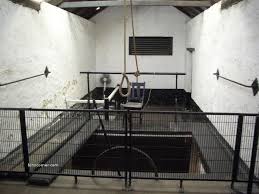