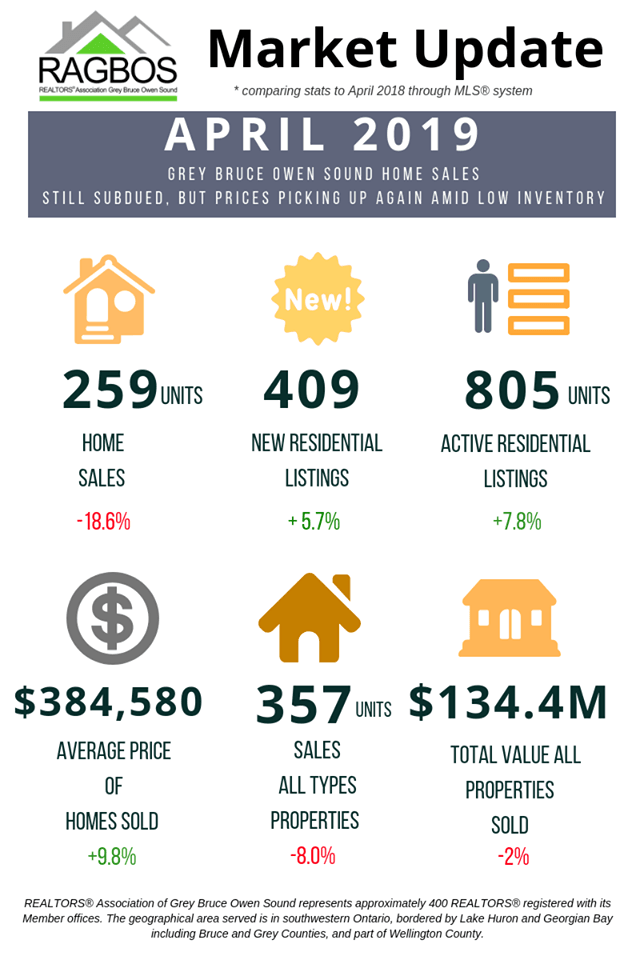 Residential sales activity in the geographical area covered by the REALTORS® Association of Grey Bruce Owen Sound totaled 259 units in April 2019.  This was a decrease of 18.6% from a very strong April in 2018 but stood close to the 10-year average for the month.  On a year-to-date basis, home sales totaled 680 units over the first four months of the year, a decrease of 13.6% from the same period in 2018.

New residential listings in the region numbered 409 units in April 2019, up 5.7% on a year-over-year basis.  Even so, this was still below every other April on record with the exception of 1988.

Overall supply remains near record lows but is beginning to edge slightly higher.  Active residential listings numbered 805 units at the end of April, up 7.8% from the end of April 2018.

The REALTORS® Association of Grey Bruce Owen Sound represents approximately 400 REALTORS® registered with its member offices.  The geographical area served by the Association is in southwestern Ontario, bordered by Lake Huron and Georgian Bay including Bruce and Grey Counties, and part of Wellington County.