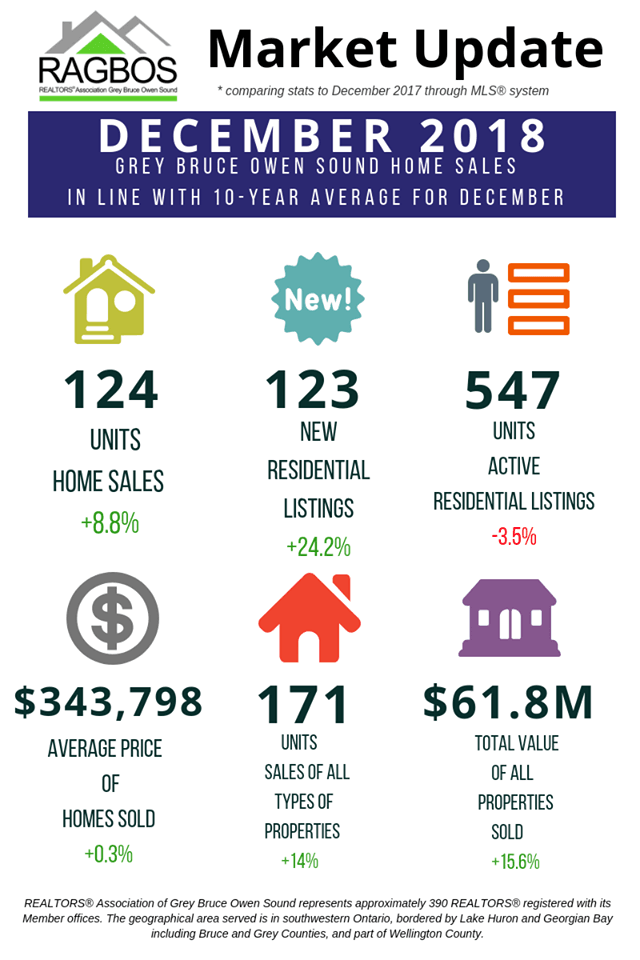 Residential sales activity in the geographical area covered by the REALTORS® Association of Grey Bruce Owen Sound totaled 124 units in December 2018.  This was up 8.8% (10 sales) from December 2017 and was right in line with the 10-year December average.  On an annual basis, home sales totalled 2,816 units, a decrease of 15.6% from a strong 2017.  That said, above 2,500 sales is still a solid year for the local housing market.

New residential listings in the region numbered 123 units in December 2018.  While this was an increase of 24.2% on a year-over-year basis, it was still below average for December.  Overall supply remains at record lows.  Active residential listings numbered 547 units at the end of December, down 3.5% from the end of December 2017.  A more average end-of-year inventory would be about 1,200 listings.