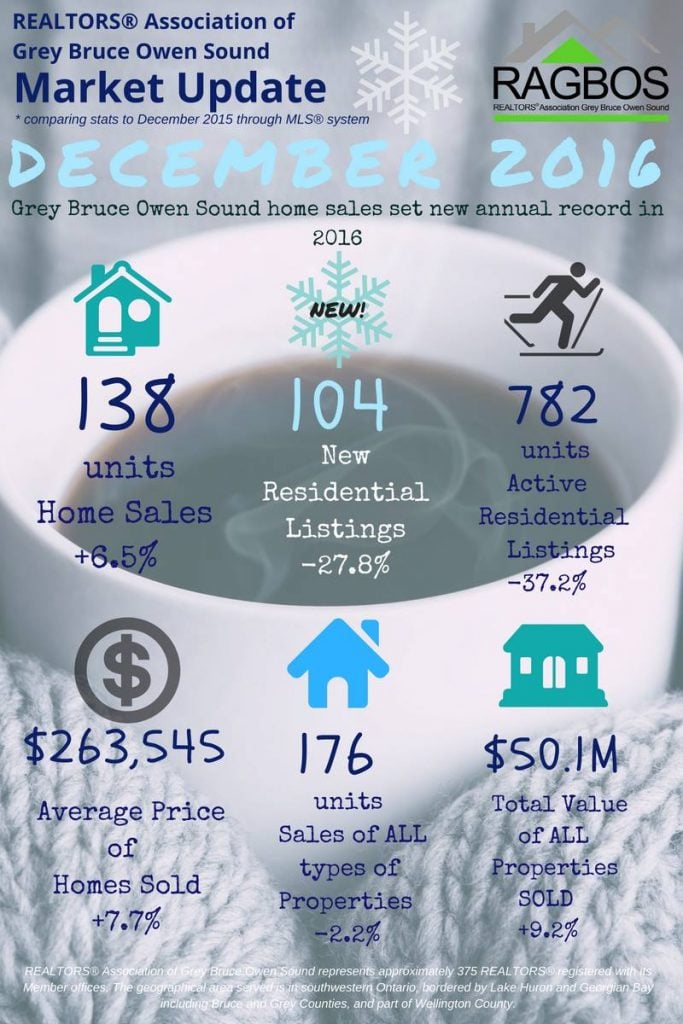 Residential sales activity recorded through the MLS® System of the REALTORS® Association of Grey Bruce Owen Sound were down 6.1 per cent on a year-over-year basis in December 2016. That said, it was still the second best December on record after December of 2015. Home sales numbered 138 units in December 2016.

New residential listings on the Association’s MLS® System numbered 104 units in December 2016. This was a decrease of 27.8 per cent compared to December 2015. New supply has struggled to keep up with strong demand, which has led to historically tight market conditions.

Active residential listings totalled 782 units at the end of December, down 37.2 per cent from the same time last year. This was the lowest level of supply ever recorded.

All information courtesy of The REALTORS® Association of Grey Bruce Owen Sound.