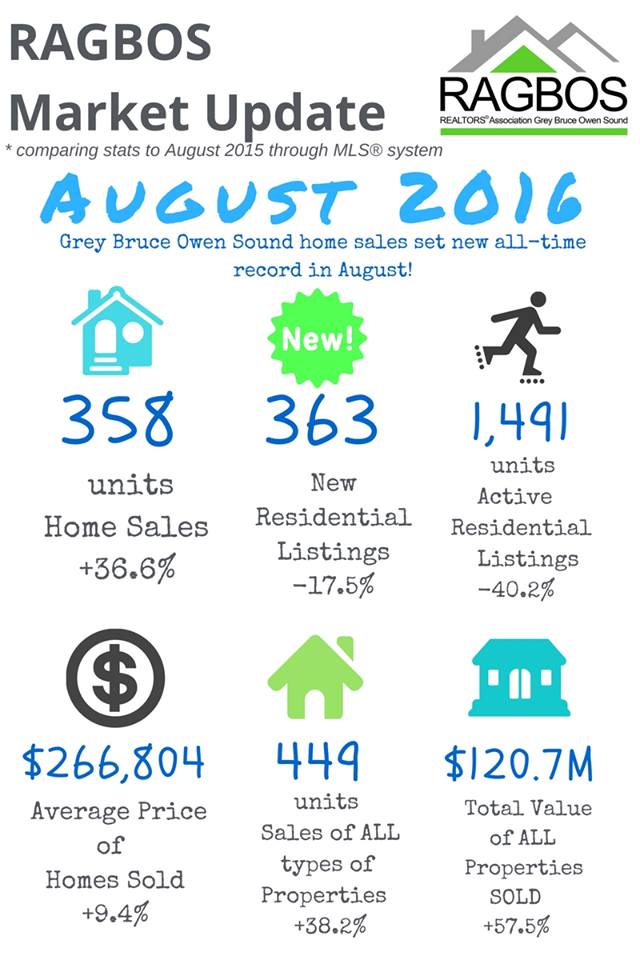 Take a look at the data released for August 2016 from the agents’ Association of Grey Bruce Owen Sound.  Some interesting numbers.

Sales and sale price were up but number of available listings was down…what does that mean for you?

#1) Now is a GREAT time to offer your property for sale because there are fewer other properties to compete with.

#2) If you find a property you’re interested in, DON’T WAIT to take action because good listings are going quickly!

Call me when you’re ready!

“Home sales (in Grey Bruce Owen Sound) numbered 358 units in August 2016, rising 36.6% on a year-over-year basis.  This marked the first time that sales in any month have ever surpassed the 350 mark.

Active residential listings totalled 1,491 units at the end of August, down 40.2% from the same time last year.  This was the lowest level for end-of-August active listings since 2007.

For more details, visit www.RAGBOS.ca and if you have any questions about buying or selling, feel free to contact me via any of the options listed below!