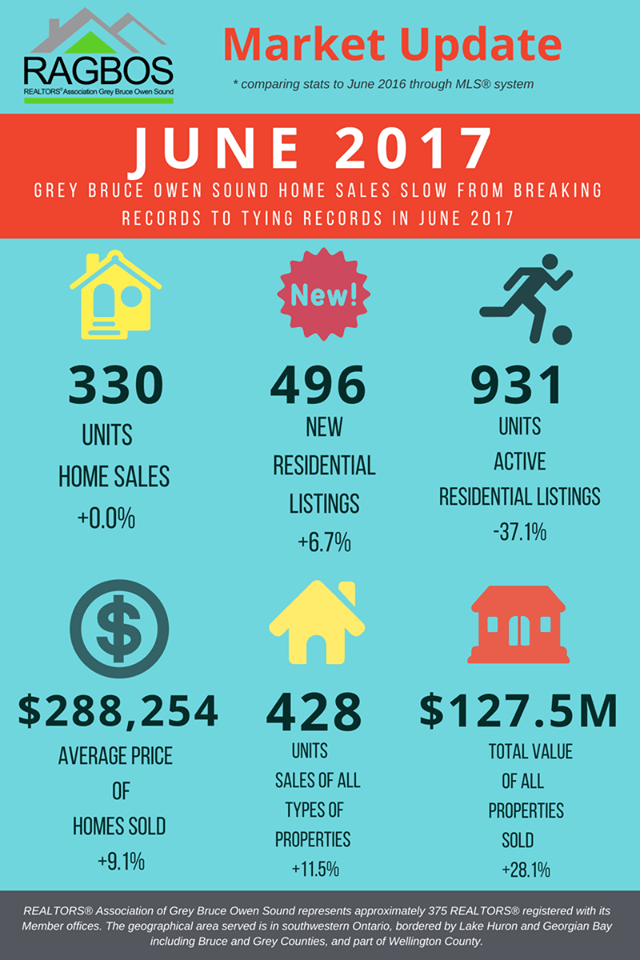 Residential sales activity recorded through the MLS® System of the REALTORS® Association of Grey Bruce Owen Sound were unchanged on a year-over-year basis in June 2017.  Home sales numbered 330 units in June, tying the record for the month set last year.

New residential listings on the Association’s MLS® System numbered 496 units in June 2017.  This was an increase of 6.7% compared to June 2016.  Active residential listings totalled 931 units at the end of June, down 37.1% from the same time last year to the lowest June level on record.

The dollar value of all home sales in June was $95.1 million, rising 9.1% on a year-over-year basis.  This was the highest June on record.