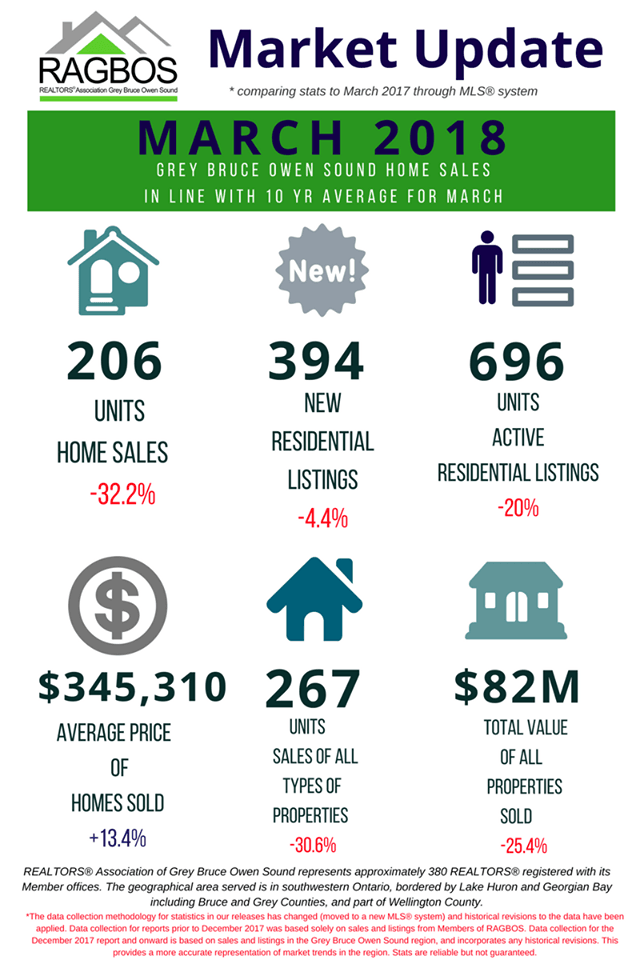 Residential sales activity recorded through the MLS® system for the Grey Bruce Owen Sound and Wellington areas totaled 206 units in March 2018.  This was down 32.2% from the record smashing month of March in 2017.  That said, March 2018 sales stood right in line with the 10-year average for that month, and roughly in between the highs and lows of recent years.

The REALTORS® Association of Grey Bruce Owen Sound represents approximately 380 REALTORS® registered with its member offices.  The geographical area served by the Association is in southwestern Ontario, bordered by Lake Huron and Georgian Bay including Bruce and Grey Counties, and part of Wellington County.