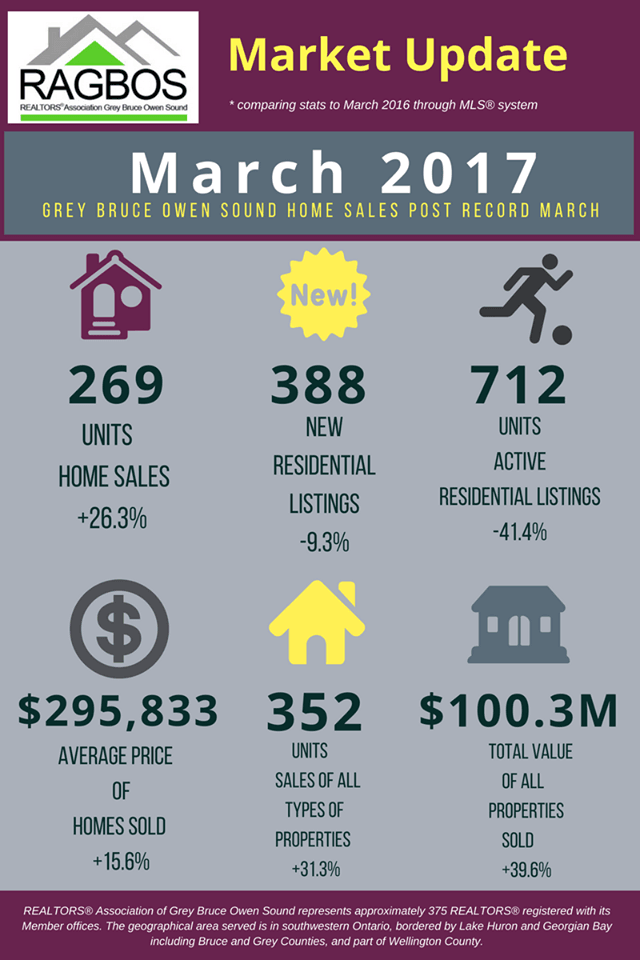 Residential sales activity recorded through the MLS® System of the REALTORS® Association of Grey Bruce Owen Sound jumped 26.3% on a year-over-year basis in March 2017. Home sales numbered 269 units in March – a new record for the month.

On a year-to-date basis, home sales totaled 534 units over the first three months of the year. This was a record first quarter, up 7.7% from the same period in 2016.

New residential listings on the Association’s MLS® System numbered 388 units in March 2017. This was a decrease of 9.3% compared to March 2016 and marked the lowest level for the month of March in more than three decades. Active residential listings totaled 712 units at the end of March, down 41.4% from the same time last year. This was the lowest level of overall supply since the late 1980s.