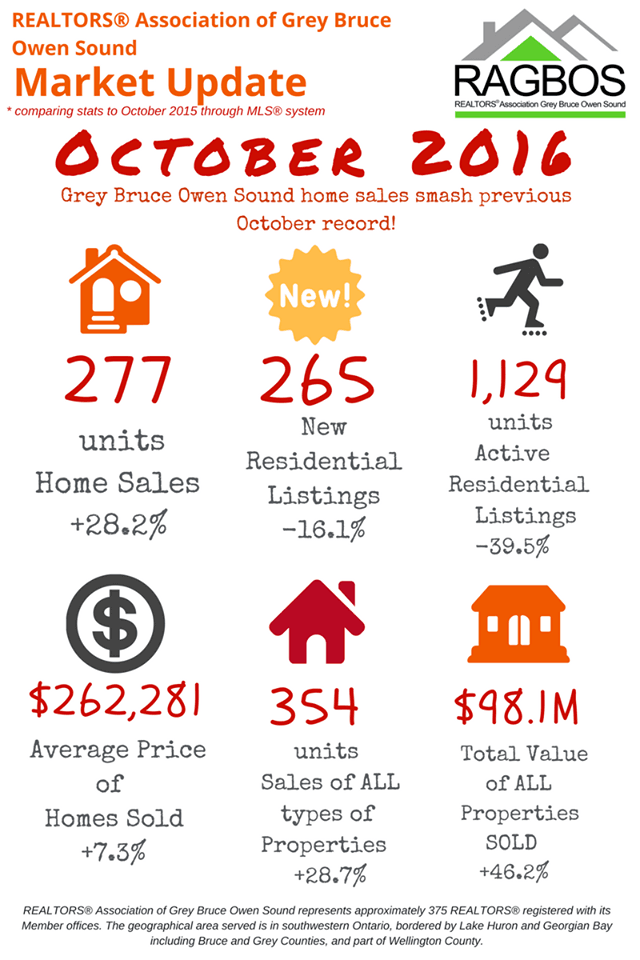 Home sales numbered 277 units in October 2016. This was a new record for the month, beating the previous October record set in 2009 by 24.8 per cent. It was an increase of 28.2 per cent from last October.

On a year-to-date basis home sales totaled 2,692 units, running 18.9 per cent ahead of the first ten months of 2015. With just two months to go this year, 2016 has already officially set a new annual sales record.

New residential listings on the Association’s MLS® System numbered 265 units in October 2016. This was a decrease of 16.1 per cent compared to October 2015. New supply has struggled to keep up with strong demand, which has led to historically tight market conditions.

Active residential listings totaled 1,129 units at the end of October, down 39.5 per cent from the same time last year. This was the lowest level for this time of year in over a decade.

The dollar value of all home sales in October was $72.7 million, up 37.6 per cent on a year over-year basis.