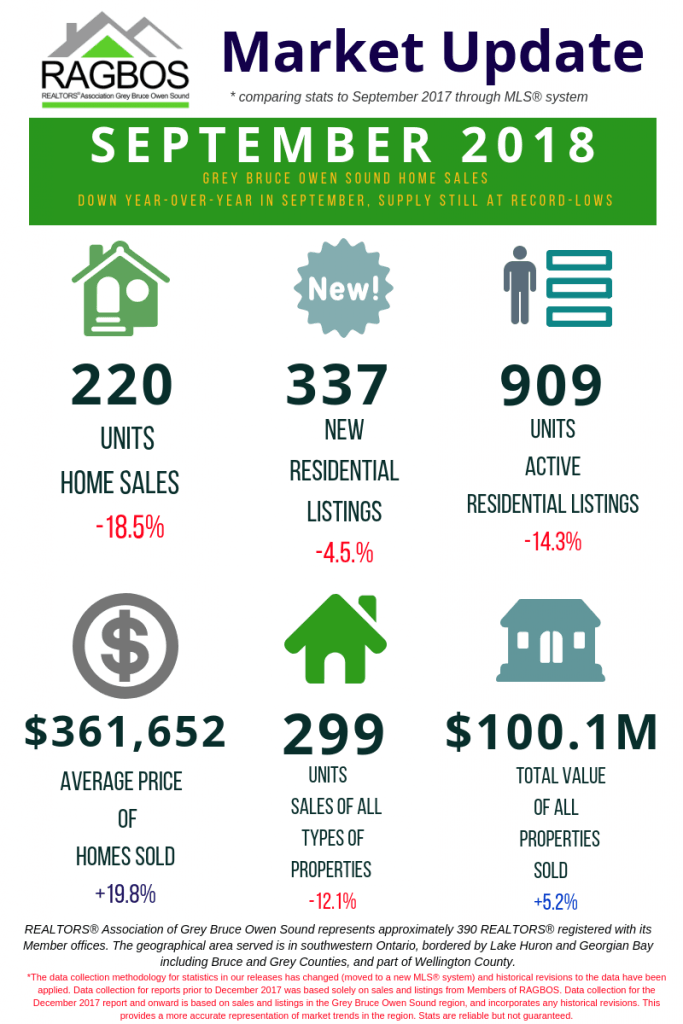 Residential sales activity in the geographical area covered by the REALTORS® Association of Grey Bruce Owen Sound totaled 220 units in September 2018.  This was a decrease of 18.5% from September 2017.  On a year-to-date basis, home sales totalled 2,230 units over the first nine months of the year.  This was a decrease of 17% from the record for the same period in 2017.

* Please be advised that the data collection methodology for statistics in our releases has changed (as of December 2017) and historical revisions to the data have been applied.  Data collection for reports prior to December 2017 was based solely on sales and listings from Members of REALTORS® Association Grey Bruce Owen Sound.  Data collection is now currently based on sales and listings in the Grey Bruce Owen Sound region, and incorporates any historical revisions.  This provides a more accurate representation of market trends in the region.  Stats are reliable but not guaranteed.