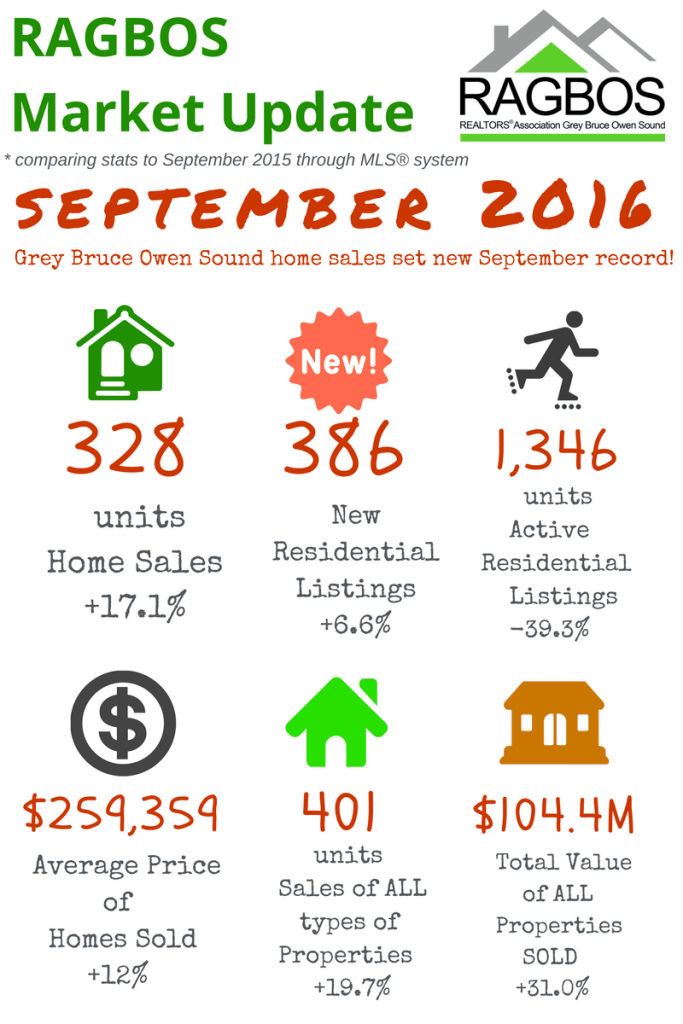 Home sales numbered 328 units in September 2016. This was a new record for the month, beating the previous September record set last year by 17.1 per cent. On a year-to-date basis home sales totaled 2,415 units, running 17.9 per cent ahead of the first nine months of 2015. With just three months to go this year, 2016 is easily on pace to be the best year ever for home sales in the region.

New residential listings on the Association’s MLS® System numbered 386 units in September 2016. This was an increase of 6.6 per cent compared to September 2015, which provided some relief on the supply side following four months of double digit year-over-year declines. That said, given current levels of demand overall supply continues to fall. Active residential listings totaled 1,346 units at the end of September, down 39.3 per cent from the same time last year. This was the lowest level for this time of year in over a decade.

The REALTORS® Association of Grey Bruce Owen Sound represents approximately 360 REALTORS® registered with its member offices. The geographical area served by the Association is in southwestern Ontario, bordered by Lake Huron and Georgian Bay including Bruce and Grey Counties, and part of Wellington County.